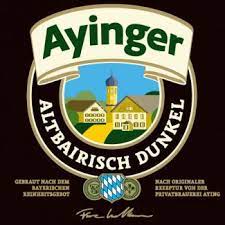 Impenetrably dark with a golden-brown gleam when held up to the light, and with a warm aroma and malty taste, while summoning up coffee taste sensations on going down. 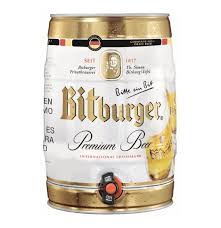 The classic Bitburger – a mature and most agreeable beer – is brewed with the best of ingredients in the same traditional way it has been for many, many years. The result is delicately tart and pleasantly bitter – with a strong hop taste. 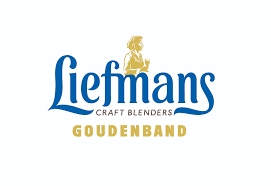 Infinitely complex in aroma and flavor with notes of maltiness and tartness throughout. An unsurpassed old brown with the richness and complexity of a vintage wine. 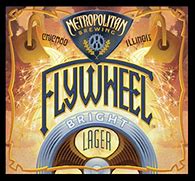 The kinetic beauty of spicy hops grabs you by the nose and lets you know: this is German-inspired beer. Flywheel is meant for bombastic celebrations of singing voices and clamoring mugs. But then, that first contented moment of happy hour is uniquely celebratory as well. 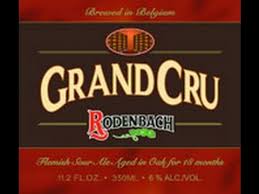 Champagne Velvet has a refreshingly light pilsener body with some sweet complexities given off by the corn malt used in this recipe, making this the perfect lager. It’s smooth and light, but still full of flavor, the perfect everyday beer for craft beer drinkers and a step up for domestic drinkers. The Michigan harvest of apples starts in late summer, with the sun still bright and the leaves green. As autumn turns cool, trees turn brilliant orange, yellow, and red; and so do the apples. We use all sorts of Michigan apples grown on local family farms. The blend of these heirloom apples creates a complexity of flavor impossible to achieve with just a few varieties.

TASTING NOTES:
Michigan Harvest is crisp and tart, starting with the scent of the orchard, a hint of oak, and finishing with a touch of sweetness.

Gregory Hall founded Virtue Cider in 2011. He is known for his 20-year tenure as brewmaster at the Goose Island Beer Company, having won 14 consecutive Great American Beer Festival medals and pioneered bourbon barrel-aged beer with Bourbon County Stout. In the spring of 2011, Hall left Goose Island and embarked on a two-month pilgrimage to study the craft of cider, touring and tasting at top cidermakers in England and France. He brought his extensive experience and innovative style to launch Virtue Cider first in the Roscoe Village neighborhood in Chicago. In 2013, Hall brought the cidermaking venture as close as possible to one of the United States' best apple-growing states of Michigan and launched Virtue Cider in Fennville, Michigan. 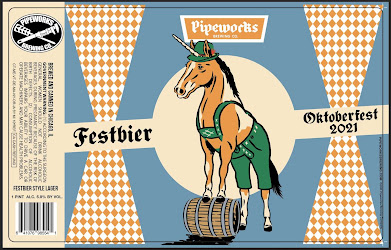 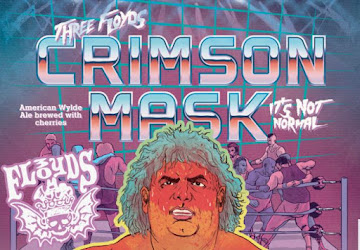 This gushing cherry wylde ale was brewed with our proprietary mixed yeast culture developed in house, and fermented and aged in our handmade foeders 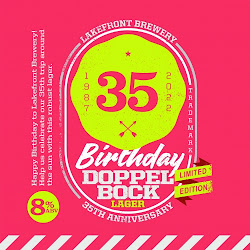 This hearty, crimson-brown German-style Doppelbock seemed like a fitting commemorator. Heaps of nutty, toasty Munich malts give this amped-up lager a complex malty-sweetness with notes of dried fruit and fresh, whole-grain bread crusts. 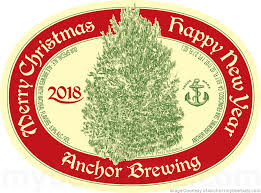 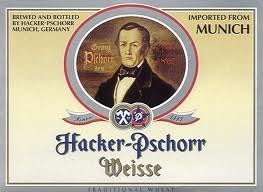 Wonderfully refreshing fruity & citrus notes accompanied by a fine, tangy acidity.
Our unfiltered Hacker-Pschorr Weissbier is naturally cloudy, full-flavoured and uniquely refreshing. Georg Pschorr – in his day owner of the Pschorr brewery and a man of true foresight – spread word of this exquisite and enjoyable Hefe-Weissbier and made it popular beyond the borders of Bavaria. 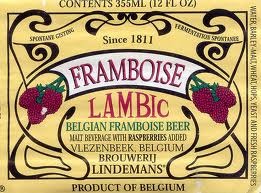 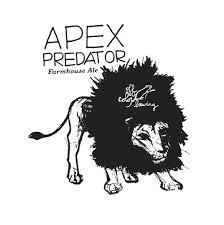 Sweet scent of juicy fruit wafting from a frothy, white mane, and a generous Crystal dry-hopping that completes the dry finish with a fruity bite (White of Chambly) was the first bottle refermented ale produced by Unibroue. It is brewed from a blend of pale barley malt, wheat malt and unmalted wheat, to which we blend selected spices and hops. Blanche de Chambly is only partially filtered, retaining its natural cloud of yeast that is characteristic of the original white ales brewed during the Middle Ages.

With notes of dried orange peel and coriander seeds, this brew is a worthy representative of classic Belgian-style white wheat beers. To date, it has won more than 34 international medals, including being named “The World’s Best White Beer" on numerous occasions. Unibroue is proud to brew the most popular white beer in Quebec. 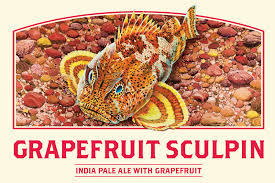 Our award-winning IPA, with a citrus twist. Our Grapefruit Sculpin is the latest take on our signature IPA. Some may say there are few ways to improve Sculpin’s unique flavor, but the tart freshness of grapefruit perfectly complements our IPA’s citrusy hop character. Grapefruit’s a winter fruit, but this easy-drinking ale tastes like summer. This is the bench mark for an American I.P.A. Bell's Two Hearted Ale is defined by its intense hop aroma and malt balance. Hopped exclusively with the Centennial hop varietal from the Pacific Northwest, massive additions in the kettle and again in the fermenter lend their characteristic grapefruit and pine resin aromas. A significant malt body balances this hop presence; together with the signature fruity aromas of Bell's house yeast, this leads to a remarkably drinkable American-style India Pale Ale. 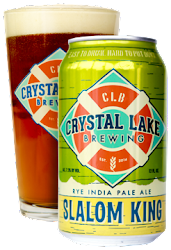 All hail the Slalom King. Casually dropping to one ski, expertly cutting in and out of the wake, and all the while trailing his signature cascade like a robe to announce his royal presence, this Crystal Lake staple American IPA draws praise on the water and a crowd on the sand. This is a huge beer, starting with the aromatic explosion. A sip reveals tons of citrus hop flavor along with floral characteristics. A firm malt sweetness with a hint of rye spice appears quickly, then gives way to an intense hop bitterness. This beer isn't about perfect balance, it's about hops, hops and more hops. One sip and you will feel like royalty. 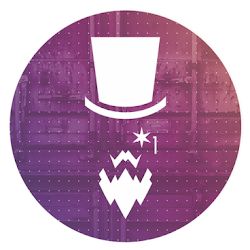 Ninja vs. Unicorn celebrates the epic battle between two of the biggest hop-heads of lore. Brewed with over five pounds of hops per barrel, this unfiltered double IPA is sure to please the most discerning hop lover. Whether you’re rooting for the mythical horned horse or the deadly assassin of the east, we hope you’ll enjoy Ninja vs. Unicorn. 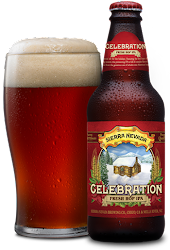 Wonderfully robust and rich, Celebration Ale is dry-hopped for a lively, intense aroma. Brewed especially for the holidays.

Extra 4 is a classic Belgian “Single” style, light golden in color, full of flavor and character and brewed with more hops and bitterness.

Flavors and aromas of zesty citrus, passionfruit, and pine present themselves throughout. A very subtle malt sweetness for balance, but this is intended to finish dry

Helldorado has a deep golden color from being brewed solely with English and American pale malts. The bready, honeyed flavors of pale malts pull out rich wildflower honey, vanilla and coconut notes from the oak, creating an overall flavor evocative of bourbon-glazed graham crackers that stands as singularly unique in our Vintage lineup. Helldorado may be lighter in color but it is a full-bodied and densely concentrated sipper at 12.8% ABV.

This Beer is with coffee,chocolate and caramel. 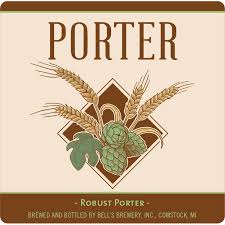 Our award-winning Porter bridges the gap between malty brown ales and heavily roasted stouts. Notes of chocolate, coffee and roasted barley are offset with just a slight hop bitterness. Enjoy any time of the year. With its typical golden colour, its slightly hazy appearance and its fine head is especially characterised by its aroma which results from an agreeable combination of fresh hops and yeast. The beer’s flavour, as sensed in the mouth, comes from the smell of hops: above all it is the fruity notes of muscat and raisins that give this beer a particularly attractive aroma. The aroma complements the touch of bitterness. There is no acidity, but an after-bitterness which melts in the mouth. This top fermented Trappist beer, refermented in the bottle, is not pasteurised. 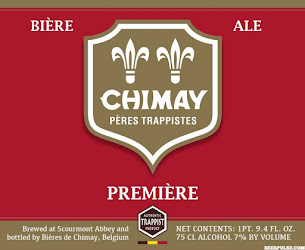 Chimay Première was the first ale to be sold by the Trappist monks in 1862, hence the name. The monks did not want sell a beer that would compete directly with the lighter style beers in the region and harm the local economy for which they worked to reinvigorate. These local beers were known as “household beer.” So, the first brand they brought to market was the Chimay Red in 750ml bottles. It became famous for its dark copper color, rich creamy foam and nutritious quality. The beer gives forth distinct apricot aromas and has a pleasantly light and silky mouthfeel which finishes with a touch of bitterness.